For the past several generations, Cuba has lay tantalizingly out of reach of the fat fingers of America. A land of forbidden fruit, where one can travel back through time to a simpler era, where a stroll down a block is accompanied by the sweet sounds of plastic-string guitars and jazzy flutes dueling against hand-beat drums and shakers. A hundred miles off the coast of Florida, Cuba has had purchase attempted by five Presidents, been a US protectorate, declared a state-sponsor of terror, and recently, begun the slow process of political redemption. Now as this tropical garden of Eden slips back into reach, the prospect of travel to Cuba reawakens for the first time in decades. 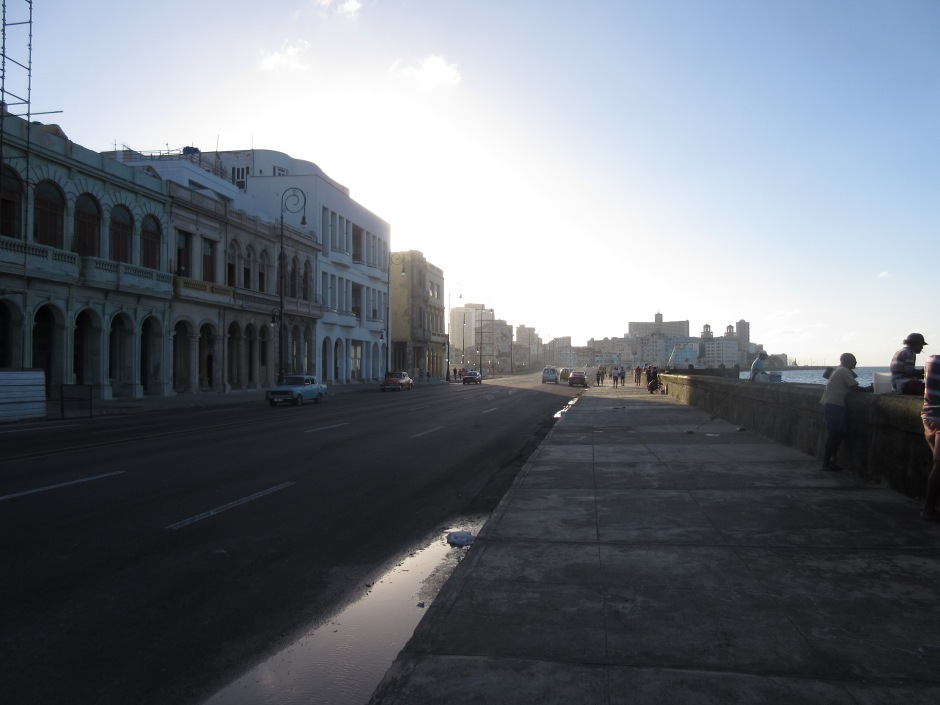 As the largest island in the Caribbean, Cuba boasts a population of 11 million. Havana, the nation’s capital and largest city, claims 2 million; the 2nd and 4th biggest host 400k and 140k respectively. The national language is Spanish, tinged with sarcasm and slang, and a heavy accent that tends to swallow syllables (“Cubanos comen las palabras”). English isn’t spoken well by anyone who isn’t involved in tourism, though it is taught in schools alongside French. The country exports at a rate 1/3 of its imports, and its largest industries are in tobacco, rum, coffee, nickel, and produce. The climate is tropical, the country and wildlife (especially birds) are beautiful and varied, and the rich soil is famous for producing the world’s best cigar. As a socialist country, the government owns these industries — and so private advertisements are replaced by state propaganda — though there has recently been a limited opening of the private sector, benefitting some more than others.

The story of Cuba is another verse in the book of struggle between colonization and independence. Cuba was initially inhabited by three different indigenous populations, until Spain, via Columbus, established a colony on the island and wiped out the locals through disease over the next hundred years. Slaves were imported from Africa to develop the country’s plethora of natural resources. Several mostly unsuccessful revolutions, some cries of political mishandling from the other side of the Gulf, and then the US Maine exploded in Havana harbor, and the Spanish-American war broke out. Eventually the US found itself in possession of Cuba, and continued to meddle in island affairs, until half a century later, Fidel Castro rallied the country toward full independence behind the communist movement. The country turned from the US and toward the Soviet, the Bay of Pigs Invasion and the Cuban Missile Crisis happened, and our relations were brought to a boil, until the Soviet Union collapsed and the country’s infamous Periodo Especial ravaged the island. Reluctant at first, Cuba began accepting American aid, and over the past two decades, amidst political imprisonments, espionage, and several high-profile trials, Cuba and America stand on an unsteady platform orientated with cautious optimism toward the future.

A few months back, my girlfriend bought tickets from Delta (who initiated flights in December 2016). Travel is currently permitted from the US to the island through government-licensed ventures, but these permits require time, legitimate business, and paperwork. Yet ventures are also permissible through “self-qualifying” general licenses, which tourist can qualify for if the purpose of their trip falls under at least 1 of 12 categories that span from journalism to humanitarian aid to broadly-defined education. While there are many travel organizations that would like you to believe you need to pay the big $$$ for a thoroughly itinerary-ed trip to legally access the country, as more American tourists “self-qualify,” regulation appears to be growing more relaxed and opportunities plentiful. To enter the country, one needs (1) a passport, (2) a tarjeta de turista (functioning like a short-term visa), (3) medical insurance (which may be included with your airline ticket), and (4) a return flight. At the departure gate on the day of our flight, Delta was diligent about making sure that we had what we needed. Our temporary visas were purchased for $50 a piece at the gate, though my girlfriend made the costly mistake of messing up her passport number and therefore self-qualifying for a second $50 visa. Upon arrival in the country at José Martí International Airport, we were welcomed into the country after the usual screening.

Prior to flying, there was some pre-trip anxiety about what we were doing. Lack of legal certainty and a dearth of acquaintances who’d made the trip made us question if we’d have problems. Yet as we filtered out of the airport and into the country, Americans and their obvious demeanor all around us, we relaxed. The Cuban government seems happy to encourage American tourism, as it knows that tourists will be bringing $$$ into the country. The reverse — Cubans traveling to America — is more stringently regulated. As one local would later summarize, “the government welcomes Americans here because it knows that they are coming to spend money then to leave, but it assumes that Cubans are going to America to stay.”

In relation to the thriving tourism industry, Cuba uses two currencies: Pesos Convertibles (denoted CUC) to which tourists must first exchange foreign currencies, and the local Moneda Nacional (denoted MN or CUP), which are valued at 1/25 of the former. Ignoring exchange fees (which include a 10% for exchanging the $ directly!), the CUC and the $ are valued evenly. While the system can be at first rather confusing — and presents locals with no shortage of opportunity to take advantage of this confusion — over the course of our stay, we grew comfortable with the dual currencies. Generally, any place that uses CUC caters largely to tourists and should be expected to have some price inflation; places that use only CUP are frequented by locals and are generally much less costly; a third sort that uses both will fall somewhere in between. Money is money, and most places seem happy to take either currency, which works fine as long as you hare comfortable with your multiples of 25. We were able to exchange CUC for CUP at a state-run CADECA/ Casa de Cambio, greatly facilitating ease of transactions when we left touristy areas.

Like any country where tourism abounds, there will be plenty of opportunities to spend your money, and plenty of locals interested in helping you do so. As always, the size of your budget depends on what sort of experience you are looking for. Anyone pursuing a resort-style retreat or interested in staying at hotels should expect to spend money. Prices are generally still competitive compared to what you’d find in most places, so this may still end up being affordable for some; yet those looking to travel on a strict budget or experience life alongside the locals will find that it is remarkably easy to get by with very little. A little proficiency in Spanish goes a long way.

For the adventurous, the best option of accommodation is hands down the network of casa particulares. Somewhat analogous to AirBnB, this state-sanctioned system allows Cubans to rent out rooms or apartments. The system is both very affordable (our stays ranged from 25-35 CUC/ night) and safe (all stays are state-endorsed and meet a minimum level of accommodations). Besides the obvious financial incentive, the advantage of this system is that is gives the curious traveler much greater access to the realities of Cuban life. Hosts involved in the system — predominately unable to travel themselves — are as eager to share their own lives as they are to live vicariously through travelers. They know all the favorite residential spots, can easily arrange travel and lodging, and love playing the role of mamá/ abuela.

We had a pre-arranged a driver who met us out by the curve, but first waited in a long line to convert some of our Euros into CUC. Leaving the airport, our driver was accompanied by an English-speaking guide, who was happy to practice that strange dialect with us as she answered our questions on the drive into the city. The roadways lived up to their reputation: devoid of signs but full of antique cars, well-worn and loved, and constantly maintained. It was bizarre; it was nostalgic. Rapidly adjusting to the new standard, we stepped back into time, and followed the road to Havana.