The way south is a slow, snaking road that winds through the rice paddies in the north down to the Mekong Delta. I’ve been on the road for two weeks now, landing in Hanoi, visiting rural Mai Châu and the fabled Halong Bay, then stopping in Hue, Hoi An, and Dalat. Tonight, this sleeper bus will arrive in Saigon, where I will stay until it’s time to go, before hitting the road again.

Home is an overpacked 58-gallon backpack. There was no need for a second pair of jeans or so many long sleeves, but as I drop a book here and those binoculars there, stripping myself to the essentials, I find this life suits me. I travel alone, coming and going as I please, lingering an extra night when the vibe is good and skipping town when it feels discovered.

The Vietnamese people are warm and welcoming, eager to share their culture and their homes. There isn’t a day that isn’t brightened by the smile of a child or a “hey man!” from a trio of teenagers on a passing motorbike. Every door is open, with foods raised from the rich country and fresh bia. A sake-like liquor called rice wine is locally produced and a staple of rural hospitality; it accompanies lunch and dinner, though mercifully, not breakfast. Being the gentlemen that I am, ever reluctant to shun my good hosts’ generosity, the early afternoon has found me napping in a hammock more than once.

Meals are always exciting. Sandwiches and noodle soups start the day. I haven’t enjoyed a 24-hour interval ungraced by the delights of bahn mi. Pork is the most abundant, seafood and chicken aren’t far behind, and beef is also popular, though I haven’t seen many cows here so I’m not sure where it’s coming from. The rice is something else. During family meals, small bowls of this sticky, delicious substance will be garnished from central platters, making meals feel social and highlighting the sense of community. Grasshoppers are still the weirdest thing I’ve eaten, to my knowledge.

As on most transports, on the way to Saigon, I am the only white face on this bus. Some English surfaces when I need help decoding a sign or a Wi-Fi password; Vietnamese remains elusive. The tonality of their language is alien to my untrained, Western ears; it’s discouraging to bumble around with my phraseblok, carefully sounding out each syllable, to be met with only uncomprehending stares. These small distinctions are the difference between phở (almost like “fur”), the popular noodle soup, and pho, meaning prostitute, which can lead to some confusion. Google Translate has become a good friend.

My first two accommodations were both homestays, but lately I’ve been digging the hostel crowd. Sometimes I’ll stick with a group of internationals for a day or two, but the sort I find most interesting are the others adventuring by themselves. I’ve met brothers on the road, kindred spirits brought to the same unlikely places not by fate but by something that can’t be called coincidence. Drifting through these cities, led by matching energies, we collide, the same dreams and decisions gradually funneling us toward to these ephemeral moments when we walk the road together.

Every departure is sad, every arrival is an adventure, and I rarely stay anywhere for more than two days. There are two, thin weeks to venture west across boarders, first to Phnom Penh and Angkor Wat, then to get lost in Bangkok and northern Thailand. There is so much to see. I know my time here will never feel like enough, but I savor the blessing of travel, pushing this sweet, boundless freedom and the infinite well of energy inside of me.

Despite the camaraderie, I find time to be alone, too. There are cherished periods where I can begin to probe these muddled recesses and emerge with something that resembles awareness and teeters on contentment. There is so much to learn now. So many here have so little; unburdened, they seem so happy. From the bus window, I see three generations side by side on the sidewalk, and they wave as I pass, their faces lighting up. Rising at dawn to do anything for a $, their fortunes grow from other places. What do they understand that I don’t?

There are stories from the road, but I don’t know if I can explain most of them. It’s not that “you had to be there” so much as the lessons feel much more internal. When I sat on a park bench by Hoan Kiem Lake and spent hours in broken dialogue with two students, it was expectedly fascinating to hear from them; yet when I left them behind, I was leaving with something. An open heart and a mind ready to learn from every stranger: these are my new friends.

The city begins to rise around us. Huddled storefronts, plastic chairs, even a Popeye’s and a McDonald’s. Xin chào, Saigon. I couldn’t be any happier to be here. 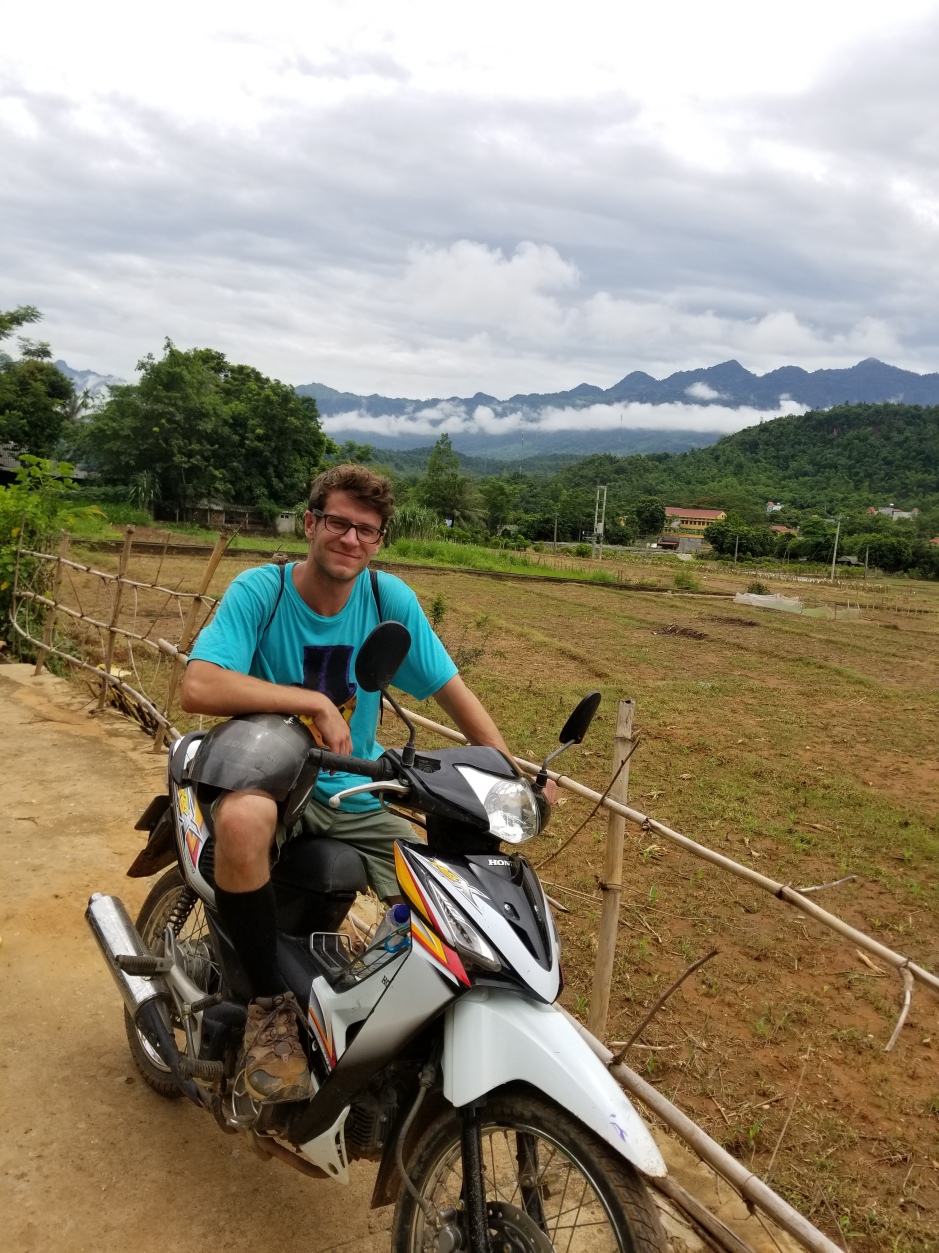